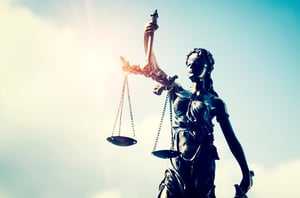 Who knows how to play the system better than those who work with it every day?  Sadly, the lure to gamble professional expertise for money proved too much for Alena Aleykina, a former special agent for the IRS Criminal Tax Investigation Unit.

The case of Ms. Aleykina reveals a bevy of common tax crimes committed by someone who absolutely knew better.  In addition to being an IRS special agent for about eight years, Ms. Aleykina is a Certified Public Accountant and has a master’s degree in business administration.  Despite her stellar professional skill set, Ms. Aleykina did not seek the help of a skilled criminal tax attorney in time to avoid destroying her professional career and is likely going to prison.

Because Ms. Aleykina was once an agent who conducted IRS criminal investigations, one might expect that the scam she used to line her own pockets was an intricate, carefully deployed scheme that left even seasoned IRS agents scratching their heads.

Instead, she faces up to 41 years in prison for garden variety tax dodges that she probably spent a good deal of her time prosecuting when she worked for the IRS. According to the Department of Justice, Ms. Aleykina filed six false tax returns.  Three of the returns were her own for the years 2009 through 2011, when she was working for the IRS.

Like many individual tax preparers, and those who are paid to prepare tax returns for others, Ms. Aleykina fabricated deductions, dependents, and educational expenses.  She also falsely claimed head of household status.

For those same years, she is also charged with filing fraudulent tax returns for several trusts that she created during the same time frame.  On the false trust returns, Ms. Aleykina neglected to report rental income she received while fraudulently claiming that she paid family members to care for other family members.

Unfortunately—it gets worse.  About the same time, Ms. Aleykina claimed reimbursement from the government of around $4,000 in tuition for classes she did not take. When her own IRS criminal investigation started to close in on her, IRS special agents asked her to return her government-issue laptop.  Instead of turning it over, Ms. Aleykina lied about its whereabouts and later futilely tried to delete its contents.  These actions earned her additional charges of stealing government funds and obstructing justice.

The government calculates the loss attributed to her actions is around $60,000 and she will be sentenced in September of this year.

Good people make good choices.  But good people also make bad choices.  Before arrest, and even after, a skilled IRS tax lawyer can help mitigate the charges you could face.  If you are a corporate officer, a high wealth individual, or a fiduciary with knowledge that things were not done correctly—get good legal help right now.

From offices in Cleveland and Chicago, the tax attorneys at Robert J. Fedor, Esq., LLC help their clients nationwide respond to IRS audits, criminal tax charges, and tax crime.  When you need confidential, responsive, legal advice locally or abroad, call 800-579-0997 or contact us.