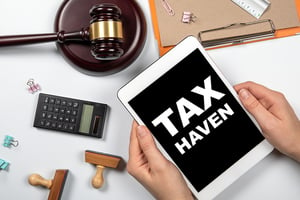 This month, we bring you number two on the Criminal Investigation Division (IRS-C) list of all-time greats from the year 2020. This story involves global intrigue, offshore tax havens, and hidden foreign bank accounts.

Our prior countdown entries involved the felonious adventures of individuals driven to push legal and regulatory bounds in the quest for a handsome, but illegal, payoff. In each case, an IRS criminal tax investigation brought the activity to a sudden halt and left the unfortunate players chilling in prison for a variety of prison terms.

In this case, the defendant is the largest bank in Israel, and the players involve approximately 5,500 U.S. taxpayers looking to ease their stateside tax burden by secreting their money in anonymous Israeli and Swiss bank accounts. Essentially, tax evasion on a worldwide scale.

Hide and seek with $7.6 billion

Bank Hapoalim B.M. (BHBM) is a retail bank holding over 2.5 million accounts. The Israeli bank keeps its headquarters in Zurich and had a host of branches around the world between 2002 and 2014, including Singapore, Luxembourg, Geneva, Miami, New York, the Cayman Islands, and of course, Israel.

During its investigation, the IRS found the institution and its employees carefully worked with U.S. customers to mitigate tax liabilities in the U.S. To assist with the tax fraud, BHBM offered specialized services to keep U.S. tax officials at arm’s length. These included:

Interestingly, the tax crimes of big business are handled differently than single taxpayers gone astray. Although the investigation identified four culpable senior bank executives and two former members of the bank board of directors, the penalty comes in the form of a fine, not prison finery. In April 2020, the bank agreed to pay $875 million and entered into a deferred prosecution program if it cleans up its act and pays on time.

For BHBM, stashing $7.6 billion resulted in virtually no personal liability other than an institutional promise to do better, accept oversight, and pay $875 million. While the Department of Justice provided lofty quotes about the importance of a fair system, the settlement leaves questions in its wake.

Next month—number one on our list of IRS-CI biggie investigations. Stay tuned.

If contacted by the IRS, reach out to us first. Whether you are dealing with allegations of tax crime or a payroll tax issue, our tax lawyers provide aggressive defense and strategic advice to clients in Cleveland, Chicago, and abroad. Contact us today at 800-579-0997.