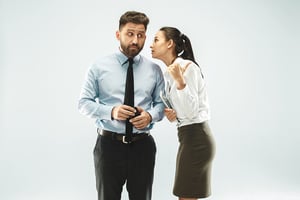 Like Americans, some Canadians cannot stand a tax cheat. In fiscal year 2018, Canada Revenue, the federal tax agency of our neighbor to the north, received 32,157 anonymously volunteered tips.

Similar to those in the United States, Canada has programs that allow consumers to anonymously report individuals or businesses that are cheating on their taxes. Underway for six years, the Canada Revenue program is considered a success by the agency, despite the fact that surveys show Canadians are adverse to reporting on fellow citizens.

According to a 2018 piece by the CBC, roughly 30,000 tips per year are offered to Canada Revenue. From those tips, the agency convicted 307 taxpayers. A Canada Revenue official noted, “This involved $134 million in federal tax evaded, and court sentences totaling approximately $37 million in court fines and 245 years in jail.”

Efforts made do not account for money lost (or hidden)

For those with knowledge of offshore tax cheats, information can pay. Canada Revenue pays informers who provide qualified leads on those involved in illicit offshore tax opportunities.

Other than that, a recent article in Policy Options suggests that Canada Revenue may not be as persistent at identifying and busting offshore tax schemes as it may like to claim.

The article notes countries that have recovered considerable sums of money after disclosures in the Panama Papers that their citizens were skirting tax regulators and hiding money in secrecy jurisdictions. Some of those countries include the United Kingdom, which has clawed back $252 million, and Spain, which recovered $164 million in illicit offshore taxes. In Canada, 894 Canadians or Canadian entities have been identified in the vast leak of tax haven transactions. Yet Canada Revenue has not collected a single dollar.

More typical is the sum of money that any country loses from people who are not paying their appropriate tax obligation. Called the “tax gap,” this might be money lost through a tax crime, failure to file a return, or filing a false tax return, among other tax schemes. The tax gap in the United States is significant. Latest statistics put the tax gap at over $400 billion annually.

Until recently the Canadian Parliamentary Budget Office (PBO) did not have a good guess on the amount of money going missing each year on individual, corporate, or offshore tax filings.  A newly released report suggests Canadian entities moved over $1.6 trillion into secrecy jurisdictions or tax havens in 2018 alone. Notes political critic Peter Julian, “This is going to become a major issue, I believe, for the federal election campaign. The reality is, there are astronomical sums that seem to be getting around our taxation system with no action by our federal government.”

In the US or in Canada, if there is a will, there is a way to subvert tax regulations—especially if there are few or poorly staffed programs to deter or prosecute money laundering and other offshore tax crimes. If you are considering a questionable tax move, or looking for a compliant tax strategy—speak with an experienced tax lawyer for guidance.

With offices in Cleveland and Chicago, the legal team at Robert J. Fedor, Esq., LLC guides you though IRS audits and other tax controversy.  When you need discreet, responsive, legal advice locally or abroad, contact our legal team online today, or call 800-579-0997.