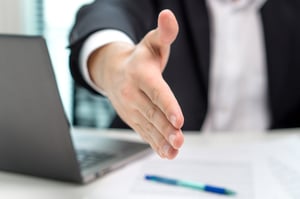 This scenario, which took place in 2010, was revealed as part of the Luxembourg Leaks, better known as the Lux Leaks. Like the Paradise Papers that revealed the offshore tax dealings of wealthy investors around the world, the Lux Leaks were a result of the release of almost 30,000 pages of sensitive material that detailed secret tax deals cut by the government of Luxembourg.

While the Paradise Papers told the story of individuals around the world who used foreign bank accounts to hide offshore tax wealth, the Lux Leaks were about business deals—more specifically, opaque tax rulings that worked to drum up business for Luxembourg.

As we talked about earlier, Jean-Claude Juncker, the former Prime Minister of Luxembourg succeeded in reversing the fortunes of the declining industrial region by promoting hundreds of highly preferential tax deals to lure business and trade. It worked; Luxembourg is now the wealthiest country in the EU and a major financial center.

Mr. Juncker went on to become the president of the European Commission, a position in which he has become increasingly unpopular as his role in the “tax rulings” has become better known outside of Luxembourg.

Altogether, about 546 secret tax deals involving more than 1,000 businesses like Amazon, Koch Industries, the Walt Disney Co., Pepsi, Ikea came to light as part of the Lux Leaks trove.  One of those, involving PwC and Accenture led to investigation by the Swiss Federal Tax Administration (FTA).  At issue was the meteoric rise in value of Accenture IP after it was shuttled through Luxembourg at zero percent tax.

After surfacing in Ireland, another country with questionable and attractively opaque tax regulations, Accenture made big money on the IP ride facilitated by PwC.  The Big 4 accounting firms, PwC, KPMG, Deloitte, and Ernst & Young were all in play in the Lux Leaks. The price of the journey (and settlement) at the hands of Swiss tax authorities for Accenture amounted to a mere $200 million.

Accenture is no stranger to controversy and questionable acts. In 2011, the company agreed to pay the US $63 million to resolve a whistleblower lawsuit.

As tax authorities and investigative journalists probe deeply into the darker dealings of secrecy jurisdictions, individuals and some businesses will come up short. If you are aware of a tax crime, or are facing questions in an IRS audit over some shade in your financial portfolio, talk with an experienced tax attorney about your situation.

From offices in Cleveland and Chicago, the skilled tax lawyers at Robert J. Fedor, Esq., LLC help you handle tax controversy and other regulatory tax matters. When you need confidential, responsive, legal advice locally or abroad, call 800-579-0997 or contact us.