Could it Happen to You? CT Man Faces Prison for Secret Offshore Tax Haven 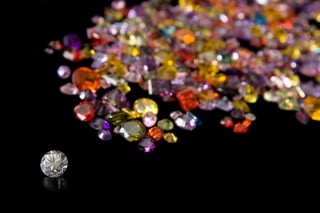 Secret Swiss accounts, loose gems, and shell companies figured prominently in the case against a Connecticut resident who pled guilty to tax crimes and failure to report on offshore assets.

Our firm offers local, national, and international legal counsel to high asset individuals and companies facing civil tax audit, criminal tax investigation, or those with a need for appropriate tax strategies.  The case of the Connecticut resident offers a checklist of what not to do when managing wealth.

Shell companies are legal until they are not.  When assets are held in foreign accounts or tax havens, failure to make appropriate reports to the U.S. Treasury or the IRS are bound to attract federal interest at some point. In this case, the money trail stretched between the U.S., Hong Kong, Liechtenstein, the British Virgin Islands, and Panama.  Approximately $28 million moved and changed forms between 1998 and 2011 in ways that included:

Penalties can be serious

Outside of restitution to be levied by the Court when he is sentenced in January 2018, the defendant agreed to pay a civil penalty of $14 million to the U.S. Department of the Treasury.  In addition to the penalty, the Connecticut man potentially faces five years in prison, plus other penalties, along with supervision once he is released from prison.

Notes Don Fort, Chief,  IRS Criminal Investigation. “[The defendant’s] plea is another example of what happens to those who dodge their tax obligations by utilizing offshore tax havens. We owe it to the vast majority of honest U.S. taxpayers to tirelessly search for and prosecute those who avoid paying their fair share, regardless of how they may try to disguise their income.”

While the movement of money was circuitous, the mistakes made by this defendant were straightforward—false tax returns and failure to file a Report of Foreign Bank and Financial Accounts (FBAR).  By design, rather than by ignorance, these actions taken by this defendant will be life changing.

Don’t be tripped up by missing tax deadlines or reporting requirements.  When you have significant wealth, there are strategies that lawfully allow you to maximize wealth.  Seek the guidance of an experienced tax attorney before your put your financial well-being—and your liberty—on the line.

Representing clients in Ohio, nationally, and abroad, Robert J. Fedor Esq., LLC is a skilled legal resource when you have questions about the IRS, the U.S. Treasury, criminal tax defense, or other offshore tax issues.  Contact us today.