Death and Taxes: The Estate of Aretha Franklin Settles with the IRS 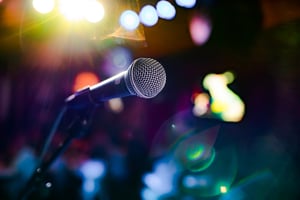 The Queen of Soul left no will—or did she? One way or the other the Tax Man cometh.

In 2018, Ms. Aretha Franklin passed away. The legendary singer songwriter left behind confused heirs, a tangled estate, and a tax liability of approximately $7.8 million.

It was thought that Ms. Franklin died intestate. This means she did not create a will before she passed, leaving her substantial wealth to be divided through a public probate proceeding which would eventually divide the estate equally between her identified heirs.

Initially, Sabrina Owens, a member of the extended family, was designated as the personal representative of the estate. While going through Ms. Franklin’s home in 2018, Ms. Owens found three handwritten wills under sofa cushions in the living room. The discovery led to a furor within the family and the appointment of a Detroit attorney as the new personal representative.

While the family feuds, the IRS has maintained its claim for an unpaid tax liability owed by Ms. Franklin for the tax years 2010 through 2017. The Franklin estate is estimated to be worth approximately $80 million with ongoing earnings from music, licensing, and royalties.

Ms. Franklin was no stranger to the IRS during her lifetime, she had battled IRS liens on her homes since approximately 1991.

It is not clear that the IRS ever opened a criminal tax investigation, despite a dearth of tax payments by the singer for seven years. By maintaining communication with the agency, Ms. Franklin apparently avoided charges of tax fraud or other tax crime, although she was millions in debt to the IRS.

In late February 2021, tax attorneys for the estate reached buy-in from heirs of Ms. Franklin and entered into a deal with the IRS to put 45 percent of all revenue received by the state into escrow, until the tax obligation to the IRS is paid off.

In the newest twist, a fourth unsigned will has entered the fray. The will is 22 pages, typed and prepared by a Michigan law firm. The will was filed with the Probate Court by Ted White, the third of Ms. Franklin’s four sons. Based on documents and handwritten notes from Ms. Franklin, the will was prepared between 2017 and 2018.

A trial to determine which, if any, of the wills are valid has been delayed by the COVID-19 pandemic and is currently scheduled for August of this year.