Despite Months in Prison for Filing False Tax Returns, It Could Have Been Worse 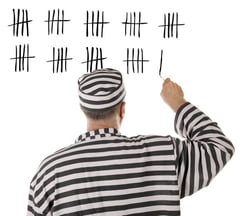 As dark and gloomy as the future might look right now to a former councilwoman, it could easily have been far worse. The resident of Jupiter, Florida, was recently sentenced to 8 months in prison, followed by supervision. She was also ordered to pay more than $900,000 in restitution to the Internal Revenue Service for filing false tax returns.

Her tax law attorney has a less gloomy view of the sentence, noting that the judge could have hit the former councilwoman much harder but recognized that she is "really a good person . . . the vast amount of good charitable and civic work (she) has done far outweighed this offense."

The former councilwoman underreported income and taxes owed to the IRS for the year 2007 to 2012. The lawyer also improperly claimed exemptions and deductions, prosecutors said in court documents.

The IRS website details the possible punishments people can face if they are convicted of various forms of tax fraud.

For all of the above, the person can also be ordered to pay costs of prosecution.