Do Tax Audits Work as the IRS Intends? 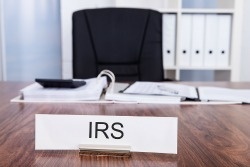 Few Chicago business owners spend their time thinking about how they could make life easier for the Internal Revenue Service. IRS decision-makers and agents think about it, however. For them, finding ways to get businesses to pay taxes owed is near the top of their list of priorities. Among the tools at IRS disposal: tax audits.

Many observers believe that audits might not be the most effective means by which the tax agency can collect. Last year, the IRS pulled in $7.3 billion from audits, but the total is the agency’s lowest in 13 years.

While everyone dreads an audit, it is not clear that audits really do what the IRS hopes for. According to a study, self-employed taxpayers who went through an audit and were found to be in compliance with tax regulations reported a whopping 35 percent less in taxable income after the audit than taxpayers who had not been audited.

Could it be that taxpayers who went through an audit learned from the experience ways legal tax avoidance? Researchers aren’t sure.

Something that is close to a sure thing: when the IRS audits you, it is going to find something amiss in your tax returns. In 2014, only 13 percent of those audited emerged from the process unscathed, and without upward tax adjustments.

Researchers have also learned that the impact of an audit on taxpayers required to pay more is relatively short-lived. Tax compliance dwindles in the years following an audit, and has returned to pre-audit levels after 5 years have passed.

That doesn’t mean that business owners who are audited and wind up with a tax adjustment intend to cheat. It’s more likely that they are guilty of bad recordkeeping or a failure to fully understand tax law.

Of course, if you are audited and face a significant tax adjustment afterwards, you have the right to appeal the finding. A Chicago tax attorney can represent you in your appeal, in negotiations with the IRS and at tax court.