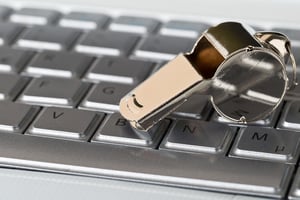 To the big surprise of no one, Credit Suisse is back in the headlines after a whistleblower leaked information about 18,000 Swiss bank accounts.

The document trove reveals Credit Suisse has been helping the wealthy become wealthier for decades. It is also possible the leak will show Credit Suisse has knowingly been holding billions for account holders whose wealth resulted from criminal activity, tax fraud, and money laundering. Whoops.

Credit Suisse is no stranger to penalties and compliance actions. A piece in The Guardian amply details the institution’s frolic through financial mayhem for decades including bank shredding parties to destroy evidence, bypassing U.S. sanctions on Iran and Sudan, and tax evasion the world over—to name a few.

About a year ago, an anonymous whistleblower leaked information on the accounts, which were managed by Credit Suisse from the 1940’s to the 2010’s. The data was provided to one of the largest daily newspapers in Germany, Sueddeutsche Zeitung. The newspaper then shared the information with the Organized Crime and Corruption Reporting Project (OCCRP) and 45 other news outlets like Le Monde, The Guardian, and The New York Times. More than 160 journalists analyzed the banking data.

Like the Panama Papers, the Paradise Papers, and the Luxembourg Leak document, troves examined by the International Consortium of Investigative Journalists (ICIJ), the journalists working through the Credit Suisse leaks have identified the usual ranks of the wealthy who use Swiss accounts. They also identified a host of criminal actors and dictators awash in dirty money that sloshed around the world before quietly coming to rest in Switzerland.

As we have noted before, an offshore tax haven or a foreign bank account is not illegal. These types of accounts can provide a stable place to park currency in an increasingly volatile economy. Beneficial tax regulations can reduce tax liability for U.S. owners—assuming the account is properly reported to the IRS.

With some of the Credit Suisse accounts, however, the account owners are those under investigation for human rights or criminal abuses. The OCCRP identifies Rodoljub Radulovic as a “Balkan drug lord” who was also a leading member of a cocaine smuggling cartel before racking up a series of fraud charges in the U.S. Currently on the lam, Mr. Radulovic apparently had two Credit Suisse accounts. Another sizeable Credit Suisse corporate account was held by the Libyan Arab Foreign Investment Company, largely controlled by the family of Muammar Gaddafi before his death. And the lists go on.

While sensational, this journalism points to the very big role of global financial institutions in maintaining a rigged economy where the illegally wealthy find support and secrecy for their efforts. Said the whistleblower who turned over this data, “The pretext of protecting financial privacy is merely a fig leaf covering the shameful role of Swiss banks as collaborators of tax evaders.”

The legal team at Robert J. Fedor, Esq., LLC delivers experienced legal representation to clients throughout the U.S. and abroad on matters of tax crime, compliance, or IRS criminal or civil audits. When you have tax questions, call us at 800-579-0997 or contact us. We have offices in Cleveland and Chicago.