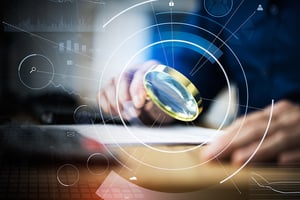 The Department of Justice (DOJ) continues to pursue tax preparers engaged in filing fraudulent tax returns. Let’s look at some of these cases in our own backyard in Ohio.

Just as in all states, preparing or filing a false income tax return in Ohio is a tax crime. We often discuss dodgy tax scenarios around the globe and at home, including criminal tax charges against tax preparers. Tax preparers who cross the line into fraud put their careers and futures at risk at the same time they may ensnare an unsuspecting client who trusts them with their taxes.

Tax fraud involving tax returns can take the form of a false tax return that claims dubious deductions. It can be a network of interrelated businesses that churn and file false tax returns, collect claimed tax refunds, and turn over a small portion of that to an unsuspecting consumer.

Here are four recent cases involving Ohio tax preparers that caught the attention of the DOJ:

There is little new in the tax scams of those who cook their own tax returns or the returns of others. Our law firm focuses on criminal tax defense. We understand the motivations of those who choose this kind of work. While the scams remain the same, each name and set of facts is unique. Whether you are involved in tax fraud involving tax returns or offshore tax investments, the more quickly you obtain experienced legal advice, the more likely it is that your exit strategy may not involve a lengthy prison term.

With offices in Cleveland and Chicago, the legal team at Robert J. Fedor, Esq., LLC offers help with tax controversy, criminal tax matters, and guidance with business bankruptcy. Contact us today or call 800-579-0997.