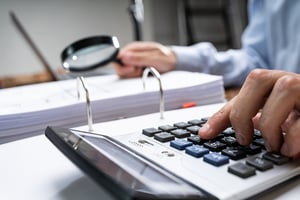 It is a story involving wealth, payroll tax issues, failure to file tax returns, and even a truffle business. What it does not talk about is the real victims of tax crime.

Outwardly successful, this couple would seem to be set, with upper-tier income, a steady business, and community standing. At some point, around 2007, Dr. Rice and his wife perhaps felt they were owed a little more from life—and from their employees.

According to the Department of Justice (DOJ), Dr. and Mrs. Rice stopped paying employment taxes, which they continued to collect from the wages of their employees. Individual payroll tax deductions fund Social Security programs, the backbone social safety net in the U.S. Through payroll taxes, workers across the country fund the program for others and are able to obtain their own retirement benefits in time, including disability benefits if needed. Between 2007 and 2016, an IRS criminal tax investigation determined the couple withheld approximately $580,000 from their employees and used it for their personal expenses instead of paying it over to the government.

Employment tax fraud is not uncommon. It is an easy line to cross for any business owner, especially those with a bleeding bottom line. Employers are tempted to tap those funds to save their business. But that sort of despair does not seem to have motivated the doctor and his wife.

As they collected payroll taxes from their employees, they transferred the money to different accounts, including a business account used by Mrs. Rice to run her truffle business. The criminal tax investigation in the matter found the couple also used the money to pay for their country-club dues, boarding for their dog, and rent on their residence among other expenses. For several years, between 2004 and 2016, the couple failed to file income tax returns as well. Overall, the DOJ states the couple funneled “at least” $1 million out of the practice into their personal accounts.

On September 20, 2021, after a four-day trial, it took a federal jury exactly 41 minutes to find Dr. and Mrs. Rice guilty of the charges against them. A sentencing date is not yet set but will likely include prison time, financial penalties, restitution, and supervised release in time.

There is no such thing as victimless crime. Somewhere, someone is paying. For Dr. and Mrs. Rice the convictions are life-altering. If you know there are some problems with your books, or that you filed false tax returns, reach out to an experienced criminal tax attorney for guidance today.