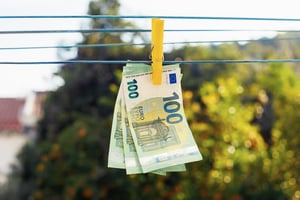 In December, the European Commission (EU) agreed on priorities to fight money laundering and the flow of dirty money to criminal groups.

The EU has previously enacted anti-money laundering (AML) regulations.  The new directive incorporates conclusions made in 2016, 2018, and a fifth revision addressing AML regulations in 2019.  While the intent is good, the voices are disparate, which reduces the effectiveness of any one country to address a European and worldwide problem.

In their new conclusions, the European Council specifically sets forth an understanding “that money laundering and terrorist financing are global phenomena that do not stop at EU borders, and recognizes the importance of ongoing work…".

The directive, and the discussion that produced it, hopes to revitalize action against money laundering in the face of ongoing scandals, including the largest money-laundering scam in the history of the EU that revealed the run of about $220 billion through one Danske Bank branch in Estonia.

As the drum roll of discovery of dirty money continues, some of the EU disagreement expressed in 2019 around how to approach the problem has quieted. Suggestions heard by the Council and set forth in the conclusions of the meeting include:

But buy-in matters.  While Luxembourg, a country well-known for its marketing of offshore tax opportunities did not comment in the discussion, Malta fully supported the conclusions.

As noted by the EU, the activities of terrorists and criminal enterprise do not recognize the borders of the EU.  Well-defined regulations and strategies from the EU could create a more stable platform for the US, North American, and other interests to more effectively (or in some cases, begin) to address the global problem of money laundering.

With offices in Cleveland and Chicago, Robert J. Fedor Esq., LLC provides well-regarded tax representation on criminal or civil tax matters.  Locally or internationally, when you need smart legal advice, we can help. Contact us or call us at 800-579-0997.