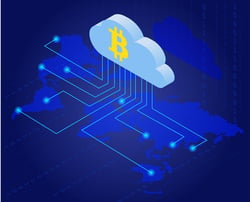 Bitcoin owners rang in the New Year with enthusiasm as the value of their digital currency surged beyond $1,000 after the ball dropped. Two years ago, the price sat at $200. The sharp increase has more than just Bitcoin owners salivating, however. The Internal Revenue Service is reportedly ready in 2017 to act against owners of the virtual currency who fail to report income from Bitcoin sales, purchases or exchanges.

In a recent article, a business law attorney wrote that it’s expected that the IRS and Department of Justice will team up to pursue people using Bitcoin to evade taxes. He notes that the double-team effort will likely resemble the actions taken to find and punish offshore banking tax evaders.

It should be noted that the IRS and DOJ team has managed to collect more than $10 billion in taxes and fines from Americans with foreign bank accounts.

The attorney writes that once the information is obtained, it will be a simple matter of cross-referencing Bitcoin account information with federal tax returns. He notes that for those who have failed to report Bitcoin-related income, significant potential civil and criminal penalties loom.

If you are among those digital currency owners worried about that possibility, you can speak with an experienced tax law attorney, like those in Cleveland and Chicago at Robert J. Fedor, Esq., L.L.C., about your best legal options.