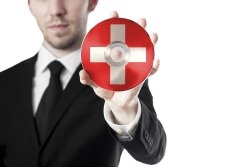 The grip the Internal Revenue Service has on foreign banks continues to strengthen. More evidence of that was supplied by Switzerland's announcement that it is going to disclose account information from HSBC Holdings Plc to the IRS.

HSBC is a bank headquartered in London, England, but has a Swiss unit that has paid millions in fines for substandard tax evasion compliance efforts, among other problems. The Swiss government made its recent announcement to give those holders of offshore accounts a warning about the pending release of their account information to the IRS.

Business Insider reports that the announcement is apparently a response to a U.S. request for help with accounts held between 2002 and 2014 by "domiciliary companies" with American owners. Switzerland's tax agency said the IRS is targeting HSBC accounts in which it believes the U.S. owner had control of the account and withdrew funds for personal use.

A spokesperson for HSBC's Swiss private bank said the institution had turned over information to the Swiss Federal Tax Administration, and that the SFTA "may forward part of all" of the data to the IRS.

The statement indicates that the IRS wants information on accounts of $50,000 and above in which there are reporting discrepancies on related U.S. tax forms.

Business Insider adds that the U.S. Department of Justice is conducting an investigation into what degree HSBC's Swiss unit might have helped Americans with tax evasion.

If you believe you could be impacted by the decision, you can speak confidentially with a tax attorney experienced in helping protect client rights in offshore tax matters. Contact our office today for assistance.