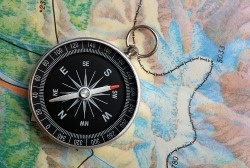 Muhammad Ali’s upset of Sonny Liston in the heavyweight boxing championship was one of the most memorable sporting events of the 20th century. After the bout, Ali shouted that he “shook up the world.” He was right.

In some sense, FATCA — the Foreign Account Tax Compliance Act — has had a similar effect on the world of banking. America has flexed its muscles and forced banks around the world to inform the Internal Revenue Service about offshore accounts held by U.S. citizens.

A recent court challenge to FATCA, and enforcement of FBAR (Report of Foreign Bank and Financial Accounts) was recently dismissed by a U.S. District Court in Ohio. The plaintiffs (including U.S. Sen. Rand Paul of Kentucky) brought suit against the IRS, Treasury Department and FinCEN (Financial Crimes Enforcement Network).

At its core, the suit was designed to stop FATCA and FBAR enforcement, preventing our government from requiring Americans to disclose assets they hold in overseas banks and also putting a stop to the pressure applied to foreign banks to turn over data on American account holders.

The court held that the plaintiffs lacked standing because they failed to demonstrate concrete and particular harm done to them by the law’s requirements.

According to a news report, among the plaintiffs was a brokerage firm owner whose business apparently suffered when an overseas bank refused to take U.S. citizens as clients. Other plaintiffs included expatriates – Americans and former citizens both – living in nations such as Switzerland, Israel and Canada.

It seems likely that the future will bring more challenges to the laws.  If you are challenged by the law, seek assistance from a tax attorney knowledgeable in offshore accounts.  The staff of Robert J. Fedor, Esq have criminal tax attorneys in Chicago and Cleveland ready to help you today!