FBAR Penalties—Severe and Strong on Appeal 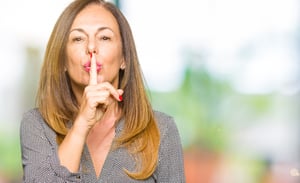 A recent legal case profiles the determination of the Internal Revenue Service (IRS) to pursue and collect on tax fraudsters and those who do not report offshore tax holdings.

According to reports, Mindy Norman is a schoolteacher in New York.  In 1999, Ms. Norman opened a foreign bank account with Union Bank Switzerland (UBS).  UBS has a reputational problem when it comes to money laundering and offshore tax regularities.

Later, Ms. Norman waived opportunities to invest in US Securities, an action which further obscured her ability to be identified by US tax authorities. Needless to say, during this time, Ms. Norman was not reporting these holdings to the IRS, including filing required FBAR reports.

In trial testimony, Ms. Norman said that she did not understand that she needed to report foreign-held assets until approximately 2008. At about that time, UBS notified her that it could no longer provide her with secretive banking services as the bank had just entered into an agreement with the IRS to identify US taxpayers who were hiding wealth offshore.  In response to the alert from UBS, Ms. Norman moved her funds out of USB to avoid detection.

By 2009, Ms. Norman had options before her that could have assisted with her tax crime dilemma, including an IRS program called the Offshore Voluntary Disclosure Program (OVDP).  Had she initiated work with the IRS at this point, this tax litigation could have been avoided.

Instead, Ms. Norman and her accountant tried to cover her trail by quietly filing belated FBAR reports for the years 2003 through 2008—without admitting to the IRS that the reports were filed in arrears.  This action is known as a “quiet disclosure.”  A quiet disclosure can be a poor option, given that the action does not provide taxpayers with amnesty for tax violations they have already committed.   The apparent hope by taxpayers, and their poorly informed accountants, is that the problem will go away and never be noticed.

As a result, in 2013, Ms. Norman was notified that the IRS considered her quiet disclosure and previous lack of FBAR reporting a violation.  The IRS noted Ms. Norman had intentionally, or willfully, committed a failure to file the proper reports.  As a result, the IRS fined Ms. Norman 50 percent of the sizeable sum of her foreign bank account.  The cost to Ms. Norman was $803,530.00.

Ms. Norman paid the fine, and sued the IRS for the excessive fine.  A less than stellar explanation of her actions by Ms. Norman led to the court to find the following:

”The Court finds that Ms. Norman’s repeated and admitted lack of care in (1) filing inaccurate official tax documents without any review, (2) signing foreign banking documents without any review, and (3) later providing false sworn statements both to the IRS and to this Court, both with and without review, reaches the standard of reckless disregard for the law required to constitute a willful violation of § 5314.”

With reduced federal funding, the IRS may be pursuing fewer truant taxpayers. But for those that it does prosecute, the penalties are severe—and (so far) have survived on appeal.

From offices in Chicago and Cleveland, the tax attorneys at Robert J. Fedor, Esq., LLC help individuals and entities nationwide respond to criminal tax investigations, IRS audits, and other tax controversy.  When you need responsive, legal advice locally or abroad, contact us or call 800-579-0997.