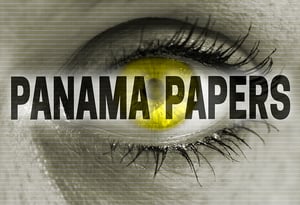 Five years ago, an investigative expose into the opaque world of offshore tax deals shook global halls of governance and woke up the world to the concept of dirty money. What has happened since?

In 2016, the International Consortium of Investigative Journalists (ICIJ) began publishing articles based after a year of analysis on more than 11.5 million documents leaked from the now-defunct Panamanian law firm Mossack Fonesca. The ongoing articles take a deep dive into the means by which enormous sums of money flow into secrecy jurisdictions to avoid detection and taxation.

Make no mistake--the use of offshore tax havens are a legal business practice which can support wealth growth and protection when set up within regulatory and reporting guidelines. Our firm advises clients on compliance and offshore tax practices that augment other wealth strategies—without incurring risk of prosecutorial action by the Internal Revenue Service (IRS).

The leaked Panama Papers point to the wrong kind of offshore tax practice—wealth that is quietly moved through shell companies around the world into opaque tax havens for the purpose of evading taxation. The Panama Papers were the first of several other investigations undertaken by the ICIJ to put names, faces, and dollar amounts to the global habit of stashing cash and avoiding taxes. A 2016 estimate puts the amount of money lost to this practice in the trillions of dollars.

Since 2016, the battle against illicit offshore tax havens and associated practices has gone mainstream. When the media reports broke, waves of protest rose against financial entities and individuals named in the reports. Around the world, regional tax enforcement agencies opened investigations, many of which have since concluded in guilty pleas for tax fraud. In the U.S. and elsewhere, legislation is pending to reduce the abuse of tax havens. By 2019, 23 countries had retrieved approximately $1.2 billion in taxes.

The Panama Papers scandal put financial institutions, corporations, and taxpayers who commit tax crime on notice, and the fallout has shut down some players. But far more work lies ahead to strengthen global regulations to reduce tax evasion. For U.S. taxpayers, that means robust attention to accurate FBAR submissions.

In 2017, the ICIJ won a Pulitzer Prize for “using a collaboration of more than 300 reporters on six continents to expose the hidden infrastructure and global scale of offshore tax havens.” To underscore the importance of this sea change, in February 2021 the ICIJ was nominated for a Nobel Peace Prize. The nomination letter reads:

The outstanding work of the ICIJ to expose illicit flows, and the mammoth achievement of the GATJ to build national and international pressure for accountability and fair taxation — warrants attention, recognition and support…They are, independently and by different means, trailblazers in creating a world where financial incentives for conflict, wars, human rights abuses and violence are non-existent. These courageous journalists and civil society organizations play a critical role in documenting corruption and Illicit flows, often while putting their lives in peril in the process.

With offices in Chicago and Cleveland, the tax lawyers at Robert J. Fedor, Esq., LLC help business owners with concerns about tax compliance and best practices corporations and protection of personal wealth. When you seek strategic tax guidance, call 800-579-0997 or contact us today.