Florida CPA Indicted for Failing to Pay His Own Taxes 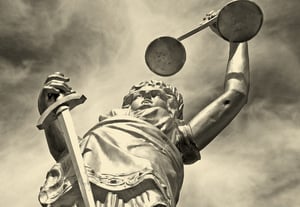 They say a cobbler's children has no shoes and a contractor's house is always under construction. In this case, a CPA didn't file his taxes. But, the difference between these is that in the case of the CPA, that failure to execute his profession for himself is illegal.

According to the indictment, Darryl Sharpton owned The Sharpton Group, a Miami-based public accounting firm that specialized in financial and management consulting, audit and attestation, and tax and wealth planning.  Sharpton allegedly filed personal income tax returns for the years 2004 through 2008 and 2010, but failed to pay the reported taxes.  Sharpton is further alleged to have failed to file personal income tax returns for years 2011 through 2016 despite his obligation to do so.

The indictment charges that after Sharpton failed to pay his taxes, the IRS audited and assessed additional taxes against him and issued levies and liens in further effort to collect the unpaid taxes.  Sharpton allegedly responded by removing himself from his company’s payroll, paying his personal expenses through the corporate bank accounts, and lying to an IRS collections official.

In addition, the indictment alleges that Sharpton failed to timely pay over to the IRS payroll taxes that he withheld from the paychecks of The Sharpton Group’s employees.