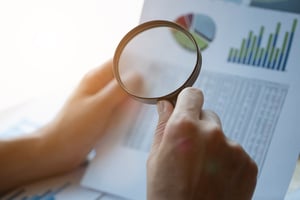 While a $1 billion payout for Google is not staggering, it does give pause for wondering what sorts of practices lead to a dispute that would result in a settlement of that size.

Most wealthy individuals and companies are interested in maintaining and growing their wealth.  We recently discussed a case wherein another tech giant, Amazon, emerged the victor against the IRS who questioned the business arrangements the company had made in Luxembourg.  Amazon had very purposefully set up shop in Luxembourg to create a preferential tax environment for the global company.

Same thing with Google.  Like many multinational companies, Google takes advantage of current EU regulations that allow companies to declare the profits it earns from the entire bloc in one state with preferential tax laws, in this case, Ireland.  With its European headquarters in Dublin, Google can report profits in Ireland and pay far less tax than if the tax were assessed elsewhere or throughout the EU.  The practice is contingent upon all sales contracts being completed in Ireland.

The tax litigation arose after a French raid of Google offices in Paris in 2016.  The raid apparently netted evidence for a claim that all sales were not being concluded on the Emerald Isle.

France leads the charge in the EU to impose a digital tax on tech giants that reap enormous profits from EU states, but pay little back into those states by way of taxes.  France was rebuffed by Denmark, Sweden, and (not surprisingly) Ireland, in its attempts to legislate the tax into existence.  Instead, in July of this year, France laid down its own digital tax, targeting players like Facebook, Google, and Amazon.

The French tax, three percent on revenues earned in France, applies to 30 companies, many of which are American.  While the tech giants protest the tax, and the Trump administration vows an investigation and revenge taxes on French goods, it is likely the matter will be handled diplomatically through a new coordinated tax structure in the EU.

In a statement, Google noted, “We remain convinced that a coordinated reform of the international tax system is the best way to provide a clear framework to companies operating worldwide.”