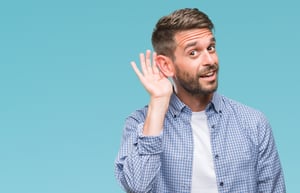 Mega-online retailer Amazon grabbed the spotlight and a victory over the Internal Revenue Service (IRS) on a disputed $1.5 billion tax bill.

We talked earlier about offshore tax hijinx  in Luxembourg, a small country with a taste for the big time. By doling out preferential tax deals to global interests, Luxembourg rebranded itself as a European financial center. Companies including Pepsi, Koch Industries, and Amazon came to call.  But Amazon got caught. Or did it?

In approximately 2003, Amazon took up business in Luxembourg, quickly obtaining a sweet (and confidential) tax arrangement with the government.

The IRS investigation shed light on the complex financial architecture that Amazon used to funnel value between its domestic holdings and Amazon Europe Holding Technologies.  The IRS argued that the pricing and definition of intangible assets used by Amazon in Project Goldcrest deprived the IRS of due taxes.

Given its profile and brazen marketing, expansion, and financial ambition, it would be tough for Amazon to avoid the attention of the IRS.  For its part, the IRS has enjoyed some prosecutorial success as it goes after taxpayers for tax fraud, tardy FBAR reporting, and other criminal tax charges.

At issue was the attempt by the IRS to enlarge the meaning of “intangible assets” in a vague way that might include the culture, brand, and even employees of Amazon.  By the new IRS estimation, an appeals court ruling for the IRS would add $230 million to Amazon’s tax bill for the years 2005 and 2006.

For its part, Amazon argued its methodology for calculating value and tax aligned with tax law at the time, not tax laws that have since been enacted.

In August, 2019, a three to nothing decision by the 9th US Circuit Court of Appeals upheld an earlier finding in US Tax Court that favored the Amazon definition and handling of its intangible assets during the 2005 time period.  That said, the court noted that if 2017 law were applied to the 2005 tax structure, the IRS likely would have gained the upper hand.

As they say, “he who laughs last, laughs best,” and at least for now, Amazon is laughing all the way to the bank.

At Robert J. Fedor, Esq., LLC, we deliver skilled legal representation if you are questioned about a tax crime or your foreign bank accounts. With offices in Chicago and Cleveland, we serve local and international clients. Call 800-579-0997 or contact us today.