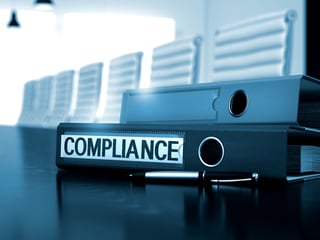 Late in 2017, the Internal Revenue Service (IRS) rolled out a second set of campaigns to complement its strategic Large Business and International Compliance Campaigns (LB&I).

In January of 2017, the IRS announced 13 initial campaigns as the focus of its LB&I unit.  In order to make strategic use of limited resources, the IRS has moved toward “issue-based examinations” and campaigns that encourage compliance with the aim of reducing fraudulent tax returns and other criminal tax matters.

As noted by the IRS in its rollout, “These campaigns were identified through LB&I extensive data analysis, suggestions from IRS compliance employees and feedback from the tax community. LB&I's goal is to improve return selection, identify issues representing a risk of non-compliance, and make the greatest use of limited resources.”

In November, 2017, the LB&I division posted an additional 11 campaigns with the same selection and return goals as the original 13 campaigns announced in January of that year.

New campaigns include some attention to foreign bank accounts

To support its campaigns, the IRS will take action through examinations, outreach and information campaigns, and notifications like letters, among other methods.  For business entities and high-asset individuals, voluntary self-correction can often avoid a civil tax audit or criminal tax investigation.

Some projects in the second set of IRS compliance campaigns include:

These are just three of the 11 new campaigns being conducted by the IRS. Chronic under-funding has reduced the reach of the IRS, but issue-based examination and its attendant treatment paths gives the agency more depth on a limited number of fronts.  It is a mistake to assume non-compliance is an acceptable posture, even with the reduced resources of the IRS.

When you become aware of a tax controversy, or you need resolution on a specific tax issue, make the call to a reputable, experienced tax attorney.

Speak with an experienced criminal tax defense attorney in Chicago

If you have an offshore account that you have not disclosed to the IRS, or you have other tax challenges, contact Robert J. Fedor, Esq., LLC for a confidential consultation on your concern.  From offices in Cleveland, Ohio, and Chicago, Illinois, we provide local, national, and international legal service to resolve your tax issue.  Contact us or call 800.579.0997 today.