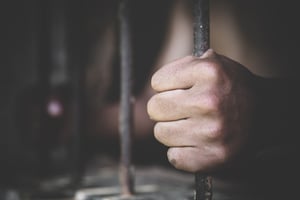 An Ohio businessman will spend a year in prison for filing fraudulent tax returns.

Greg VanDemark owns Used Car Supermarket in Indian Hills. A successful entrepreneur, 65-year old Mr. VanDemark owns residences in Florida and Cincinnati, as well as a unique getaway on the Ohio River—a home built as a replica of a paddleboat.

These assets, plus over one million dollars earned each year from his business, might lead to questions when Mr. VanDemark claimed in 2013 and 2014 that he owed no income taxes. Apparently, an IRS criminal tax investigation followed and turned up a few interesting facts, including:

It appears that the IRS had the goods on Mr. VanDemark. As criminal tax defense attorneys, we can staunchly advise that it is not wise to lie to the IRS, especially when they have conducted an investigation into your affairs.

Interestingly, Mr. VanDemark did not enter a plea agreement with the IRS, but instead took the case to trial in Cincinnati. In March 2021, he was found guilty on all six of the tax fraud charges against him. A centerpiece of his defense was his role as the sole caregiver for an adult daughter with intellectual disabilities.

Mr. VanDemark was sentenced to a lower prison term than sought by prosecutors and allowed to surrender to a federal prison at a future date. The judge in the matter noted he took into account the responsibilities and needs of his family. Mr. VanDemark is appealing his conviction.

It is a frightening moment when you realize the IRS has been quietly investigating your business. If it happens to you, do not panic and make claims to the IRS that you might not be able to support. Instead—call a reputable attorney focused on criminal tax defense—the sooner, the better.