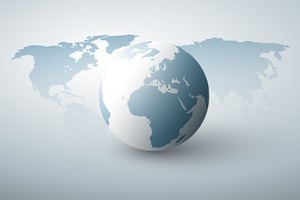 The Criminal Investigation unit of the IRS (IRS-CI) collaborates with international partners to identify, investigate, and prosecute a variety of crimes around the world.

On a global scale, tax compliance is critical not only for the collection of revenue due, but to create pressure and cut funding to organizations that traffic in drugs, humans, and terrorism. While offshore tax evasion and money laundering is carried out by individuals and corporations, these activities also fuel dangerous multi-national gangs, organizations, and nation-state actors.

According to its 2019 Criminal Investigation Annual Report, the IRS has special agents in place in 11 countries including Dubai, England, Australia, Germany, Panama, The Netherlands, England, Canada, Columbia, China, and Barbados. Additionally, the IRS partners with the Joint Chiefs of Global Tax Enforcement (J5). The J5 consists regions consist of The Netherlands, Australia, the United Kingdom, the US, and Canada.

The JF works to combat “transnational tax crime through increased enforcement collaboration. We will work together to gather information, share intelligence, conduct operations and build the capacity of tax crime enforcement officials.”

Pared down objectives of the J5 include:

International Operations (IO) units of the IRS work independently and with other J5 units. Some investigations brought to fruition in recent years include:

In partnership and through its regional agents, the IRS continues to be a driving force in international tax compliance even as domestic enforcement declines due to chronic congressional underfunding. Best bet? Stay off the radar by ensuring your corporate or personal accounting can be defended if scrutinized by an IRS audit or investigation.