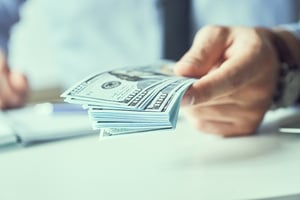 European consumers and countries believe Big Tech companies should pay more taxes than they do at present. Not a shock.

In a survey conducted by the Bertelsmann Foundation, the Institut Montaigne, and the German Marshall Fund of the United States, citizens of France, Germany, and the US were queried about their opinion on a group of transatlantic trends—one of those being international taxation.

The problem of cross-border taxation on Big Tech has been brewing for some time. American multinationals tend to appreciate the ability to do business throughout the EU by setting up preferential tax structures in European jurisdictions to cut their costs. While considered tax fraud in some quarters, the business model basically vacuums money from around the region while enriching places like Ireland and Luxembourg, among other offshore tax venues, instead of paying taxes where the taxes are due.

In terms of survey results, the French felt most strongly about the need for Americans to pay their share, while not surprisingly, US respondents did not feel quite so strident about it. As recently as 2019, the French and American presidents traded words on the issue of the digital tax divide. When pressed by French president Macron, President Trump threatened heavy tariffs on French luxury goods.

With the staggering economic impact of the pandemic, European countries may begin to take a sharper look at global rules of taxation. According to Reuters, Italy, France, Britain and Spain sent a letter in June of this year suggesting to the Trump administration that it is time for “phased in” talks on global taxation. The letter resulted from a suggestion by Secretary Steven Mnuchin for a holiday from tax talks.

In keeping with past performance, the Trump administration continues to suggest trade retaliation in response to suggestions of negotiation on a global tax plan that would better distribute tax revenue in the international communities in which American Big Tech earns its profits.

Just about at an impasse, EU negotiators may await the next election cycle before readdressing the issue with an administration unwilling to embrace negotiation. During the previous administration, Big Tech itself was supportive of negotiated rather than imposed tax treaties.

One way or the other, it is not likely the EU will be willing to look the other way, especially considering the diminished role of the US on several international fields of play. Between the pandemic, a presidential election, and slumping global economies—it is not clear what, if anything, will happen on the issue anytime soon.