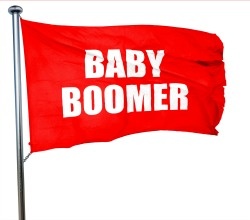 For many Baby Boomers, the time has arrived to set aside careers and jobs and instead pursue the finer things in life in retirement. Of course, retired life might not always be as smooth as one might like.

A tax audit by the Internal Revenue Service can be an unpleasant and expensive experience for retirees and everyone else. A recent article by NASDAQ discussed some of the red flags you can try to avoid raising in retirement.

The first red flag is one that many folks would love to raise: making a lot of money. It's one of those problems many wish they had, of course, but the reality is that when your income exceeds $200,000, your chances of being audited go from less than 1 in 100 up to about 1 in 38. When income tops $1 million, the risk of audit becomes about 1 in 13, NASDAQ reports.

They don't advise that you avoid making money, of course. But it's important to know that with wealth comes the greater likelihood of an IRS audit.

Another red flag is raised when you fail or appear to fail to report all taxable income. Because the IRS gets copies of 1099s and W-2s, it tends to notice mismatches of those figures on your income tax returns.

A red flag also goes up if you claim large charitable deductions, the article states. Also, if you claim large rental losses, you should prepare to hear from the tax collector. They actively examine these claims, so if circumstances dictate that you deduct these losses, be ready to explain matters.

Red flags fly as well for claiming large gambling losses or writing off a loss for a hobby. Of course, you can also expect to hear from the IRS if you fail to report foreign bank accounts.

Tax attorneys in Chicago or Cleveland can help you get through an audit and appeal audit findings. An experienced tax lawyer can also enable you to get compliant with required reports of foreign bank accounts.