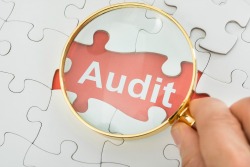 There are at least a couple of ways to interpret the news that Internal Revenue Service budget cuts have led to decreases in services and collections. A new government report indicates that taxpayer service is on the decline (ask anyone who has recently tried to contact the IRS with a question), and revenues collected from people delinquent on their tax payments are also dropping.

Since 2010, the IRS budget has been cut a whopping $1.2 billion. While many undoubtedly hail the reductions as lowered government spending and less government intrusion, the spending cuts have other consequences, too. The cuts don't relieve those who owe taxes of their debts to the federal government; the cuts just make it less likely that taxpayers will hear from an IRS agent about the matters.

Of course, many will still get that letter from the IRS or that phone call or that knock on the door letting them know that the agency has determined that they have paid less than they owe. When that happens, a lot of people will have a similar first impulse to pick up the phone, get an IRS agent on the other end and try to resolve the matter.

Which takes us back to one of the consequences of budget cuts: fewer agents to take calls, answer questions, fix mistakes and negotiate resolutions of disagreements.

With more IRS budget cuts looming, according to Accounting Today, more changes are coming. Those taxpayers who have been contacted by the agency regarding delinquent taxes might find the labyrinth of the federal government's tax-collection arm even more complicated than usual to navigate. Let’s face it: it's difficult for a layperson to quickly acquire tax law knowledge as well as find their way to the right person at the IRS, the proper forms and the correct tax information needed to resolve difficult disputes.

Clients throughout the nation have relied on our tax attorneys' deep experience and knowledge of ever-changing tax laws for more than two decades. To find out more about IRS Audits and tax law: