IRS Can Be Hotter than Hell's Kitchen 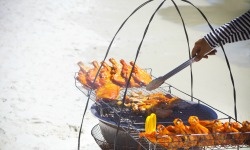 Rowen Seibel is probably not a household name, unless your household is fascinated by the exploits of reality TV's culinary icon Gordon Ramsay. He and Seibel are suing each other disagreements in their partnership in several restaurants.

Seibel's problems with the Internal Revenue Service are hotter than his quarrels with the host of "Hell's Kitchen," however. Seibel was recently sentenced to a month in prison for his attempts to hide more than $1 million in offshore accounts from the IRS.

The 34-year-old apparently used Swiss bank accounts and a Panama shell company to hide his money.

As regular readers of our tax law blog know, taxpayers can make use of an IRS amnesty program to voluntarily disclose previously unrevealed overseas accounts. Bloomberg reports that Seibel tried to enter the amnesty program but was turned away by the IRS.

While telling the federal tax agency that he had an undisclosed account, he failed to reveal that he had secretly moved funds to yet another account. The IRS requires full disclosure of facts regarding offshore accounts.

Prosecutors said Seibel opened his first Swiss account with a $25,000 deposit with UBS in 2004. His mother arranged for more than a $1 million to be deposited in the account over the next year. When a UBS banker made headlines after telling U.S. officials about alleged American tax evasion at the bank, Seibel moved his assets to another Swiss account.

Anyone facing substantial penalties, including the possibility of criminal charges, because of a failure to file a Report of Foreign Bank and Financial Accounts (FBAR) should speak with a Chicago tax attorney about the next steps for you to take.