IRS: FBAR Reporting on the Rise 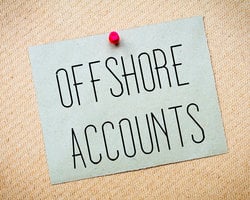 The pressure put on taxpayers with foreign holding by the Internal Revenue Service appears to be paying off. The federal agency recently reported that foreign back account report filings rose more than 8 percent last year, passing the 1 million mark.

Taxpayers with $10,000 and up in foreign accounts must file a report known as FBAR (Report of Foreign Bank and Financial Accounts). The reports are filed with FinCen (Financial Crimes Enforcement Network), which reported receiving a record 1,163,229 copies last year.

The website for Accounting Today notes that FBAR filings have surged over the past five years, going up on average 17 percent per year.

Similarly, the IRS reports a rise in receipt of Statement of Specified Foreign Financial Assets reports. These reports can include details about certain foreign savings, checking and brokerage accounts, as well as stocks or securities issued by foreign corporations, a foreign partnership, interest in foreign retirement plans, foreign income, and so on.

IRS Commissioner John Koskinen said taxpayers in the U.S. and in foreign nations must "take their offshore tax issues and filing obligations seriously." He noted that the agency has made compliance with foreign asset reporting requirements "a top priority."

For those who have yet to return to compliance, a confidential conversation with a tax law attorney experienced in resolving FBAR-related concerns can begin the process of securing a non-prosecution agreement and filing required documents.