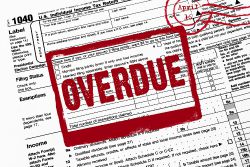 Other than the military, the Internal Revenue Service is probably the most feared part of the federal government. When the IRS decides you are behind in paying taxes, it can be like the ultimate debt collector, with the power to take your assets and sell them off.

In fact, from 2011 through 2014, the IRS raked in $114 million from selling off seized assets. Before it can take your property, however, the agency must go through a series of steps and processes, during which you and your attorney can dispute the amount owed, negotiate a settlement or pay off the back taxes.

If you check the IRS website, you can see what kinds of items it seizes from taxpayers and then offers up for sale. The items include real estate for sale southeast of Cleveland and southwest of the city, too. There's a seized liquor license for sale in New Jersey, a baby blue Corvette in Tennessee, three bayonets (and five vehicles) in Massachusetts and the contents of a tuxedo store in Alabama, among other assets being sold by the IRS to pay off delinquent tax bills.

Two years ago, an audit by the Treasury Inspector General for Tax Administration (TIGTA) found that 30 percent of taxpayer property seizures were in some respects improperly carried out. In some cases taxpayers weren’t properly credited for the amount the IRS received from the sale and in other cases, the IRS got its numbers wrong, giving the taxpayer an incorrect figure for his or her liability.

When advised by the IRS that you have delinquent taxes, you can speak with an experienced tax attorney who will protect your rights and fight to protect your individual and business properties. A skilled lawyer can assist with tax disputes, tax controversies, audits, appeals, negotiations, litigation and more.