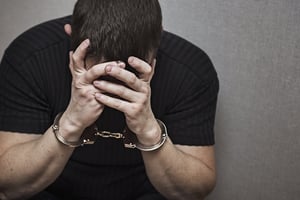 If you are new to this space, we are counting down the Top Ten Criminal Tax Fraud Cases for 2021 as identified by the Internal Revenue Service (IRS). We are up to number four, a case about a con man who created a faith-based scam that bilked followers out of millions.

Mr. Kent R.E. Whitney finished a prison sentence for investment fraud and thought he would turn over a new leaf in 2014. Months after his release, Mr. Whitney founded the non-profit Church of the Healthy Self, and other businesses, including CHS Asset Management Inc. Mr. Whitney, then 39 years old, took the title of Pastor Dr. Kent Whitney. He ran the entities out of a strip mall in Orange County, California, and offered virtual church services.

Media reports note Mr. Whitney borrowed content and photographs from other church sites on the internet. Church representatives directed by Mr. Whitney appeared at workshops and in television appearances to tout investment opportunities in CHS Trust, the so-called investment arm of the church.

Claims made by Church officers were little different than dubious claims conjured by other financial scamsters. The Trust guaranteed a high rate of return, claimed to be federally insured, and audited by a respectable accounting firm, KPMG.  Mr. Whitney also claimed not to have lost money in more than a decade for his investors.

It might not be surprising to learn investor monies were not placed in legitimate financial accounts. Taking in more than $33 million, Mr. Whitney shuttled about $11 million of those funds through a Ponzi scheme, paying off earlier investors by taking in money from newer investors to keep the good word going about his investment opportunities.

In 2018. Mr. Whitney reported an income of $17,539 when he actually took in an estimated $452,872.00. An IRS criminal tax investigation included help from the Securities and Exchange Commission (SEC) and the Federal Bureau of Investigation (FBI). Overall, the church-based tax fraud ran from 2014 to 2019.

As a result, Mr. Whitney pled guilty to two counts of mail fraud and filing a false income tax return. In addition to restitution in the amount of $22,662,668, Mr. Whitney was sentenced to 14 years in prison.

Like others before him and those who will follow, Mr. Whitney earned considerable largesse from those willing to believe something that sounds too good to be true. And like others, Mr. Whitney will call a prison cell his home for many years to come.

From offices in Chicago and Cleveland, the tax attorneys at Robert J. Fedor, Esq., LLC help individuals and entities nationwide respond to correspondence from the IRS and other tax controversies. When you need trusted tax advice locally or abroad, contact us or call 800-579-0997.