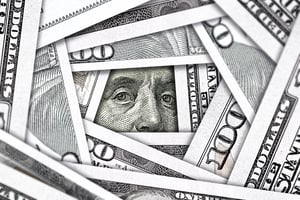 In our countdown of the top ten criminal tax investigations in 2021 as ranked by the Internal Revenue Service Criminal Investigation (IRS-CI) unit, we are down to number two.

As the countdown rolls down, the criminal tax charges—and corresponding consequences—tend to increase in severity. The number two spot for 2021 is occupied by what the Department of Justice (DOJ) describes as the “Biggest Criminal Fraud Scheme in the History of the Eastern District of California.”

In this case, Jeff Carpoff and his wife Paulette operated a Ponzi scheme for seven years. Like all Ponzi schemes, this one involved an ongoing fraudulent investing opportunity where incoming investments offered some return to the first investors in the scheme and allowed the fraudsters to siphon off money for personal use. The best-known Ponzi scam in recent history was run for years by Bernard Madoff who purloined approximately $64 billion from duped investors. Arrested in 2008. Mr. Madoff was sentenced to life in prison and died there in 2021.

Alternative energy was the target of the Carpoff’s fraudulent investing opportunity. Based in Benicia, California, their company, DC Solar, produced and promoted mobile solar generator units. According to the DOJ, the solar generators could be mounted on trailers as well as provide emergency power for outdoor lighting fixtures and cell towers.

The Carpoff’s attracted a wide pool of investors, including Berkshire Hathaway. While the company stated it had produced 17,000 generators, approximately half of that inventory did not exist. By making false statements and creating fake investment documents, the couple convinced investors they would receive tax credits as an additional return on their investments.

If undiscovered, Ponzi schemes may pay off in the short term (or long term as we saw with Mr. Madoff). But the use of investigative tools, like AI algorithms and the eventual weight of the fraud itself, usually crash the scheme and its perpetrators. Overall, this was an approximately billion-dollar fraud, and the Carpoff’s enjoyed the high life while it lasted. They purchased property in Tahoe, Las Vegas, Cabo San Lucas, and the Caribbean that included expensive bling, a private leased jet, and more than 150 collector or high-ticket vehicles. When arrested, agents found $18,000 in cash in Paulette’s purse, another $18k in the master bedroom, and $31k stashed in different places around the house.

Where does it all go? A criminal complaint brought the spending spree to an end. Mr. and Mrs. Carpoff pled guilty to numerous counts. Paulette, 51 years old, was sentenced to 11 years and three months in prison. Jeff Carpoff, 50 years old, was sentenced to 30 years in prison and owes $790.6 million in restitution. The couple forfeited $120 million and the government will attempt to repay investors some portion of their losses.

Very few people go into a scam understanding what almost inevitably lies on the other end of it. If you know you are involved in a criminal tax matter, seek an experienced criminal defense tax attorney as soon as possible.

Contacted by the IRS about a criminal tax audit, foreign bank account, or tax litigation?

Representing local, national, and international clients from offices in Chicago and Cleveland, the tax attorneys at Robert J. Fedor, Esq., LLC answer your questions about the IRS and provide strong representation on matters of criminal tax defense, FBAR issues, and other tax controversies. Call 800-579-0997 or contact us today.