“Just Do It?”  Maybe Not as Nike Under Investigation for International Tax Fraud 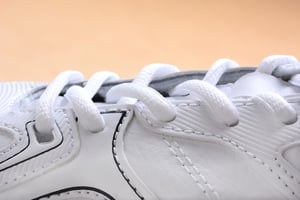 Echoing its own marketing mantra, sportswear giant Nike is under investigation for taking advantage of illicit tax rulings granted by European countries to boost the already hefty sums Nike has stashed in tax havens outside the US.  The investigation aims to find out if Nike “just did it.”

Oregon company Nike is already well known for its vigorous use of foreign bank accounts and offshore tax interests to protect wealth and shield it from US tax rates. A 2017 estimate placed Nike’s potential tax bill at $4.1 billion if the approximately $12 billion it had stashed offshore were repatriated to the US.

It is no secret that Nike makes use of Bermuda as a secrecy jurisdiction to protect assets, hide intellectual property, and take advantage of a weak regulatory environment. So why is the European Commission interested in Nike?

We talked recently about the Lux Leaks and the high-value, low-interest benefits of doing business in Luxembourg.

The EC is interested in preferential tax deals provided by the Netherlands to Nike.  Beyond depriving home countries of rightful tax revenues, sketchy tax deals offered by one European Union member one-up the interests of neighboring countries.

Put another way, EU Commissioner Margethe Vestager notes, "Member States should not allow companies to set up complex structures that unduly reduce their taxable profits and give them an unfair advantage over competitors. The Commission will investigate carefully the tax treatment of Nike in the Netherlands, to assess whether it is in line with EU State aid rules…”

Nike says, “We believe the European Commission’s investigation is without merit,” protesting that the company remained in compliance with all tax laws in the Netherlands.  This could be correct because the Dutch government provided five sweet tax rulings to the company that approve a novel method of royalty calculation—limiting its tax exposure by potentially billions of dollars.

The investigation is looking at whether the preferential tax deals unfairly reduced the tax base in the Netherlands, and whether Nike was provided an unfair competitive advantage.

“Just do it?”  When it comes to potentially shady tax rulings, talk to an experienced tax lawyer before you put your company and your reputation on the line.

Serving clients throughout the US and abroad from offices in Cleveland and Chicago, the law firm of Robert J. Fedor Esq., LLC delivers knowledgeable, straightforward legal guidance on tax litigation, IRS audits, and criminal tax matters. Contact our legal team or call 800-579-0997 today.