Malta and Cyprus on the Hook for Golden Passport Practices 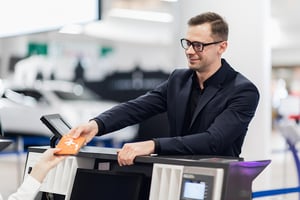 The road toward a golden passport to the EU just got a little bumpier.

Passports are usually reserved for citizens of a country, or an individual who can legally prove they have significant economic or familial ties to be granted citizenship. For the most part, that is how passports work—except when they do not. Golden passports are citizenship documents that can basically be obtained for a price.

Because they are available only to the wealthy, golden passports are often used as a mechanism of escape from tax obligations or criminal allegations, or they offer a side door to a regional bloc where an individual or family may seek to make inroads. On the flip side, the country selling its citizenship stands to make a tidy sum from the fees paid to churn out ready-made citizens.

In late October, the EU finally cracked down on Malta, Cyprus, and Bulgaria for their golden passport practices. At issue are the concerns that citizens granted golden passports did not have to reside in the country, nor did they require any reasonable tie to the region.

Since 2013 when it began its program, Cyprus has granted approximately 4,000 passports which brought in about $8.2 billion. In response to pressure, the country last year cancelled passports issued to citizens from countries including Iran, Russia, Malaysia, and Cambodia.

Although there are other countries with passports and visas for sale, Cyprus and Malta were particularly weak on residency requirements. The EU began infringement proceedings on the country which require the countries to provide the EU with information regarding the allegations.

Cyprus and Malta have two months to reply to the EU, after which sanction discussions could be upped if responses are not deemed appropriate to the aims of the EU. Failure to provide satisfactory information leaves a country open to penalties. The bottom line is that Cyprus and Malta will need to disable their golden visa and passport programs to come into compliance.

As noted by the EU, nationality for sale gives fundamentally unqualified persons the right to move about the EU, vote, live, and work in any EU state. The schemes favor shady offshore tax havens and make tax fraud easier to commit and conceal.

Tax evasion, terrorist financing, and degradation of local and regional economies are all concerns when citizenship is no longer a right, but a commodity. While the move will not quell the appetite for easy access to the EU, it may just close a few opportunistic doors.

With offices in Chicago and Cleveland, our legal team at Robert J. Fedor, Esq., LLC helps you understand and navigate tax litigation, employment tax disputes and other tax issues. We provide skilled counsel to clients domestically and abroad. Call 800-579-0997 or contact us.