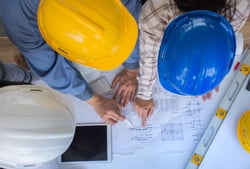 An attempt to hide assets from the Internal Revenue Service (IRS) can come with serious consequences. A case involving a businessman and his accountant provides an example. The two are facing charges for concealing income in an attempt to obstruct the IRS from collecting taxes.

What charges does the accused face?

The Tax Division of the Department of Justice discussed the case in a recent press release. The charges include allegations of “filing false corporate tax returns, failing to file a corporate tax return, evading his individual income tax liabilities, corruptly endeavoring to obstruct the IRS and tampering with a grand jury witness.”

The IRS claims the accused failed to pay $812,000 in employment taxes. The IRS attempted to collect these taxes and the accused allegedly took steps to evade these efforts. These steps included the transfer of funds and property in an effort to hide the assets from the IRS.

What kinds of penalties come with these charges?

These charges are serious. If the IRS is able to build a case to support the allegations, the accused could face decades in prison. More specifically, he will likely face five years of imprisonment for each count of tax evasion, three for each count of filing a false return, three for the endeavor to corrupt the investigation, one for failing to file and an additional 20 years for tampering with a witness.

However, it is important to note that the charges in the indictment are just that: charges. There is no conviction. The accused has the opportunity to build a case to defend his innocence against these charges. This is true for anyone that is accused of criminal activity by the IRS. Those who find themselves facing such allegations are wise to take the matter seriously and contact legal counsel to begin building a case against the charges.