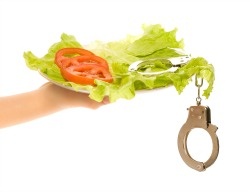 The U.S. Department of Justice announced that a Watertown, New York, food and restaurant entrepreneur and franchisor deceived investors, diverted funds and dodged tax obligations.  He has pleaded guilty to one count of wire fraud and one count of tax evasion.  His persistent and lengthy fraud and tax evasion schemes cost investors and the IRS millions of dollars.

The press release goes on to state... According to the criminal information and plea agreement filed with the U.S. District Court in Utica, New York, between 2005 and 2015, Christopher Swartz, 46, engaged in a promissory note scheme to defraud lenders and investors, as well as a scheme to evade taxes and obstruct the Internal Revenue Service (IRS).

“Mr. Swartz used his business enterprises to steal from lenders, investors, and the United States, hiding behind an elaborate web of entities and financial transactions,” said Principal Deputy Assistant Attorney General Ciraolo.  “This case serves as clear notice that no one is above the law, and those individuals who seek to evade their tax obligations will face prosecution and incarceration, regardless of the complexity of their schemes or economic status.”

“As highly trained and experienced financial investigators, IRS special agents are particularly adept at tracing the flow of funds and uncovering hidden assets,” said Special Agent in Charge Shantelle P. Kitchen of IRS Criminal Investigation, New York Field Office.  “Mr. Swartz’s conviction serves as warning to anyone who schemes to divert money from a business in order to conceal income and evade taxes.”

Swartz, using his multiple interests in various food and restaurant businesses, raised money by fraudulently inducing lenders with the promise of repayment at high interest rates and ownership interests in his companies.  Swartz misappropriated and diverted funds received and when lenders and investors sought the return of their funds, Swartz attempted to lull them with false and fraudulent excuses, assurances, and partial payments, including payments by checks that he knew would bounce.  Swartz also concealed his assets and income to avoid seizure and collection by lenders, investors, and judgment creditors, thereby attempting to prevent recovery of their funds.

As one part of the scheme, in 2009, Swartz used a promissory note and the offer of an equity interest in the Jreck Subs franchise to induce an investor group from New York City to provide $1.5 million in funds, including funds for the construction of new stores and the growth of the chain.  Swartz misappropriated and diverted a substantial portion of the funds.  Swartz then solicited additional loans from this same group, fraudulently inducing them with a series of additional promissory notes, which he failed to honor while misappropriating funds.  Swartz purported to secure some of the notes with fictitious and forged rebate agreements.

Swartz admitted that between 2005 and 2015, he also engaged in a 10-year tax evasion scheme, filing false tax returns that understated his personal income.  Swartz diverted money from business accounts and disguised these diversions in the company records as, among other things, loans and business expenses.  He made extensive use of cash to diminish the traceability of funds and concealed his ownership of various assets using multiple entities and nominees.  Swartz also falsified partnership tax returns and attempted to impede the IRS’s ability to collect employment taxes.

U.S. District Judge David N. Hurd scheduled sentencing for Jan. 19, 2017.  Swartz faces a statutory maximum sentence of 20 years in prison for his conviction on the wire fraud count, and five years in prison on the tax evasion count, as well as a period of supervised release and monetary penalties.  As a condition of the plea agreement, Swartz agreed to an order of restitution payable to any individuals and entities determined to be, at the time of sentencing, victims of his schemes.

The district court entered a preliminary order of forfeiture of assets, including forfeiture of Swartz’s interests in the Jreck Subs franchisor corporate business, which receives royalty payments from store owners based on a percentage of store sales.  Under current law, if a final forfeiture order is entered, criminally forfeited assets may be used as a source of funds to pay restitution to victims.  According to court documents, the number of victims may be in excess of 130.

For those facing tax fraud or any other criminal tax matter, the tax attorneys at Robert J. Fedor, LLC have the experience to help.  They use their extensive background to resolve IRS and state tax issues involving civil and criminal income, payroll and related tax matters.  The firm has tax attorneys in Chicago and Cleveland, and represents clients in approximately 45 states and 15 countries.