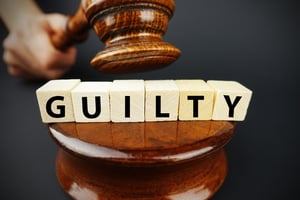 We previously published an article that shared the story of a New York attorney that had been charged with funneling $3.5 Million from his deceased client's $35 Million estate through fake charities. He has recently plead guilty this crimes of conspiracy and tax evasion. Here are the details.

From the US Department of Justice press release:

“The fiduciary duty that a lawyer owes to a client is paramount to the practice of law,” said Principal Deputy Assistant Attorney General Zuckerman. “The Justice Department will prosecute and seek just punishment against any attorney who victimizes their clients for their own personal gain.”

“As he admitted in court today, Steven Etkind violated the law, the canons of his profession, and the trust of his client by stealing more than $3.5 million from the client’s estate,” said U.S. Attorney Berman. “Etkind now awaits sentencing for his crimes.”

According to court documents and statements made in court, Steven M. Etkind was a partner at a New York law firm’s tax, trusts and estates group and a Certified Public Accountant.  Etkind performed legal work for a successful entrepreneur client, who passed away in 2008, naming Etkind as the co-executor of his $35 million estate.

The client’s will directed the creation of two charitable trust private foundations, funded with assets from the client’s estate, for the sole purpose of donating to 501(c)(3) charitable organizations, including those aimed at assisting Jewish-sponsored organizations.  Etkind was named co-trustee of these trusts.

Etkind subsequently directed his co-conspirator to write checks, totaling $327,500, to a bank account in the name of JE Capital Holding Corp., a nominee corporate entity that Etkind controlled exclusively.  Etkind further directed more than $3 million to be used in 2010 to purchase a 6,300 square-foot home with a swimming pool in Southampton, New York.  The Southampton property was purchased for the use and enjoyment of Etkind and his family.  Etkind later transferred title of the property to JE Trust, a nominee trust he controlled.

To conceal his embezzlement, Etkind filed, and caused to be filed, fraudulent personal, corporate, and charitable trust returns with the Internal Revenue Service (IRS).  During the course of a subsequent audit of UJEF by the IRS Tax Exempt & Government Entities Division, Etkind and his co-conspirator made several false and misleading statements, including about the true ownership of the Southampton Property.