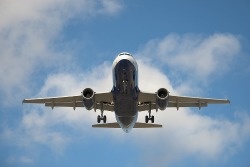 The Wall Street Journal notes that there are many legitimate reasons for Americans to put some of their assets into offshore accounts, including protection of those assets, privacy concerns and tax savings. However, offshore accounts come with burdens, too, including legal risks away from U.S. laws, and the requirement that you file a Foreign Bank Account Report (FBAR).

If you fail to file a FBAR, the penalty can be onerous: up to one half of the value of the account for each missed annual filing.

A Philadelphia trust and estate attorney says an offshore trust is not worth the trouble and expense unless you are able to put at least $1 million into it. Forbes estimates that it will cost about $50,000 to set up the offshore trust and then $10,000 annually to maintain it.

Assets placed in a Belize trust, for instance, give you nearly instantaneous protection; a significantly shorter wait than the shortest available in the U.S.: Nevada's two years.

A New York trust attorney says that a DAPT (domestic asset protection trust) is a better way to go (16 states allow them). Besides, the attorney points out, offshore accounts can be "greater obstacle(s) for creditors," who might be more likely to seek your nontrust assets.

Forbes also ponders a worst-case scenario. An American judge decides you have fraudulently hidden assets in a trust and orders the assets returned. With a DAPT, the trustees comply and that's that. But with a foreign trust, the trustee might say that U.S. court orders don't apply and simply refuse.

"You could end up rotting in jail for contempt until you comply."

Obviously a harsh possibility; one that makes even the harsh FBAR penalty pale in comparison.

A Cleveland or Chicago tax attorney can help you with offshore tax issues, including bringing you into compliance with FBAR requirements. We have offices in both cities and have extensive FBAR tax representation experience.