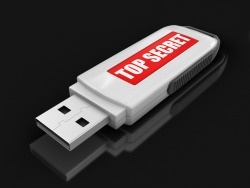 On April 3, journalists revealed blockbuster evidence that dozens of world leaders, public figures, celebrities and billionaires may have hidden assets offshore with the help of a Panamanian law firm called Mossack Fonseca and a network of big banks and other global law firms.

Among those facing tough questions are Russian president Vladimir Putin, the prime ministers of Pakistan and Iceland, the king of Saudi Arabia, and four FIFA officials. International financial service giants UBS and HSBC had files with Mossack Fonseca. The leak also revealed offshore holdings by 33 individuals and companies blacklisted by the U.S. due to ties to drug crime or terrorist organizations.

It is presumably the largest leak of insider information in history. Some 11.5 million legal and financial files were transferred from Mossack Fonseca’s database to a German newspaper, which granted access to the information to a worldwide consortium of reporters through the International Consortium of Investigative Journalists.

Owners of offshore companies and accounts: Was your name leaked?

According to the International Consortium of Investigative Journalists, the leaked data was obtained from a single law firm. Mossack Fonseca is one of the most prolific creators of shell companies, but it is not the only international law firm that does so. That said, the data gives a detailed, insiders’ view of how offshore industries can be misused to conceal suspicious transactions, tax fraud or other tax crimes.

How detailed? The ICIJ found information about 214,000 offshore organizations associated with individuals and organizations in 200 nations and territories, and the data goes back nearly 40 years. More specifically, the files allegedly allow readers to follow the money from its true source to middlemen or “fixers” who used offshore dummy corporations to conceal that true source.

Billionaires, celebrities, politicians and public figures were named, as were drug kingpins and convicted fraudsters. Are you on the list? You can be sure the IRS will be following up with those who are.

As the ICIJ takes pains to point out, there are many legitimate purposes for offshore accounts and companies. The fact that they can be misused to facilitate money laundering or tax evasion does not mean they are unlawful.

U.S. taxpayers with offshore holdings should pay close attention, however. The IRS has spent the last decade putting systems in place to track down individuals and companies using offshore accounts or holding companies to avoid U.S. taxation. Take a moment to make sure your FBARs are in order.

If you need to help, contact us today to speak with an IRS tax attorney suited to deal with offshore tax issues.