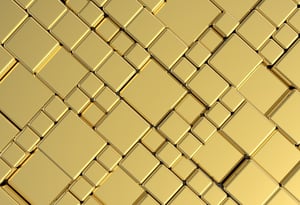 Precious metals have precious little value when your bars are on a cell and not made of gold. A man who sold precious metals via the phone, and collected commission on the sales, attempted to hide that income through shell companies. But much like a leprechaun, the IRS never gives up on its quest for the missing gold at the end of the rainbow.

According to court documents and evidence presented at trial, in 2010 and 2011, Christopher Wolf operated Rothchild & Associates LLC, in Brooklyn, New York. Rothchild was in the business of selling precious metals to investors over the telephone.  Wolf earned commissions from Rothchild, but took steps to conceal this income by directing that it be paid to shell corporations he created.

Wolf then caused the filing of false individual and corporate income tax returns that underreported his commission income and claimed phony expense deductions.  Wolf’s fraudulent conduct resulted in a tax loss of approximately $240,000.

Wolf faces a statutory maximum sentence of five years in prison for tax evasion and three years in prison for aiding and assisting the preparation or presentation of a false tax return.  Wolf also faces a three-year period of supervised release, restitution and monetary penalties.

In many cases involving tax returns not filed or past-due tax debt, the IRS wants to work things out instead of pursuing criminal action. Clients have come to Robert J. Fedor, Esq., L.L.C. after failing to file in excess of 20 years. The attorneys' job is to identify specific needs to get clients back into compliance. Helping file past-due tax returns is all done in-house, without the need of contracting out such an important part of a case.