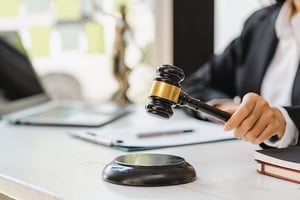 A professor charged under a sweeping initiative to uncover Chinese espionage in the U.S. was instead convicted of failing to disclose an offshore bank account.

In 2018, the U.S. Department of Justice launched an ambitious program to investigate and prosecute bad actors engaged in Chinese economic espionage in the U.S. The program was apparently aimed at academics and researchers in U.S. labs and facilities as well as defense agencies and contractors. Amid accusations of racial bias toward residents and citizens of Chinese origin, the initiative was halted in February 2022.

Despite the broad underpinnings of the initiative, the program appeared to narrowly focus on researchers who filled out grant applications with the National Science Foundation (NSF). Dr. Mingqing Xiao, was a mathematics researcher with Southern Illinois University-Carbondale when he was accused of making a false statement to the NSF. Associated with that charge, Dr. Xiao also faced two counts of wire fraud.

As part of his research, Dr. Xiao had a grant with Shenzhenalo University in Shenzhen, China. As well, Dr. Xiao had a Chinese bank account into which his routine payments from the University were deposited. Between 2016 and 2020, he had approximately $100,000 in the account. Along with the charges related to his NSF grant, Dr. Xiao was charged with failure to file a report of a Foreign Bank Account (FBAR) as well as filing false tax returns between 2017 and 2019.

Ultimately, a federal jury cleared Dr. Xiao of the charges accusing him of the espionage-related charges of hiding his connection to the Chinese university. Like several other academics pursued by the FBI, this prosecution under the China Initiative failed to bear significant fruit. However, because Dr. Xiao failed to file his FBAR and report the foreign account on his tax returns, he was convicted of those allegations.

Failing to file an FBAR and not registering foreign income on a tax return constitutes tax fraud. We frequently discuss schemes and scams carried out by those trying to make a fast buck by failing to pay taxes or report income. Yet, in this instance, there is a whiff of animus in the news release of the Department of Justice when reporting the case.

The press release weaves together the allegations around the grant application that were dismissed with the allegations on which he was convicted. The FBI Special Agent-in-Charge said, “Failing to disclose a foreign bank account and filing false tax returns demonstrates a lack of truthfulness and an abdication of the duties of citizenship”—an unusually slanted statement calling citizenship into question for a somewhat run-of-the-mill tax crime.

There is strong evidence that nation-state actors are at work in the U.S., working hard to exploit and capture American research, trade secrets, and technology. But the focused pursuit of Chinese nationals and American citizens of Chinese origin smacks of something else. The suspension of the Chinese Initiative came none too soon.

if you are challenged by a tax controversy in Cleveland, Chicago, or elsewhere, the tax attorneys at Robert J. Fedor, Esq., LLC can help. We deliver seasoned, strategic criminal tax defense. Call us at 800-579-0997 or contact us online.