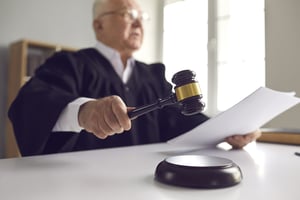 Two recent court rulings drive home the need to pay careful attention to FBAR filings—and the penalties that accrue if they are ignored.

Court rules on penalties assessed for failure to file FBAR

In the matter US v Frank Giraldi, the court sided with a taxpayer who did not file FBAR reports on foreign bank accounts from 2006 through 2009. At 89 years of age, Mr. Frank Giraldi had four offshore accounts, three of which were tax-deferred annuity accounts for the benefit of the spouse of Mr. Giraldi, who is considerably younger than Mr. Giraldi.

In 2014, Mr. Giraldi took advantage of the IRS voluntary disclosure program for offshore tax accounts. He later withdrew from the program. The penalties applied by the program were significantly higher than the normal fine Mr. Giraldi would pay for failure to file the tax reports. Two years later, the IRS assessed him with a penalty for failing to file on each account for each year he was in arrears.

In the matter of the US v Peter and Susan Horowitz, the Court of Appeals affirmed a lower court finding that a couple recklessly disregarded the FBAR requirement on their foreign bank accounts.

Mr. and Mrs. Horowitz are successful professionals who moved to Riyadh, Saudi Arabia in 1984 in order for Mr. Horowitz to take a job as an anesthesiologist at King Feisal Hospital. Mrs. Horowitz has a PhD and found work that supported the couple, allowing them to mostly bank the earnings of Mr. Horowitz. In time, the couple opened a Swiss bank account for their savings, while continuing to report and pay US taxes.

When the couple returned to the U.S. in 2001, they maintained their Swiss account which had accrued $1.6 million. Once back in the U.S., the Horowitzes waited until 2010 to apply to the Offshore Voluntary Disclosure Program. Thereafter, they filed their FBARs along with amended tax returns for select years. Given the amended returns, the couple paid an additional $100,000 in back taxes.

The Horowitzes did not report their offshore account to the accountant who prepared and filed their taxes each year. In 2014, the IRS corresponded with the couple about penalties due. When an agreement could not be reached, the IRS filed suit against the couple.

The Appeals court recently affirmed a lower court finding that Mr. Horowitz owes $654,568 in enhanced penalties and Mrs. Horowitz owes $327,284 for failing to file their FBARs.

These cases illustrate the sticky and expensive business of avoiding or simply failing to file an FBAR report on a timely basis. Despite the preferential ruling for Mr. Giraldi, lawsuits initiated by the IRS are often expensive and results are never guaranteed. If you know you are in arrears on regulatory filings for foreign accounts, seek guidance from a skilled FBAR tax attorney. Good legal advice can save you money and time upfront, and avoid the ambiguity and expense of protracted litigation down the road.

Trusted legal service after you are approached by the IRS

If you are facing offshore tax concerns or criminal tax charges in Ohio, our law team can help. Issues around business compliance and payroll tax issues can quickly impact your bottom line. Seek experienced help when allegations arise. Whether you are local to Cleveland or Chicago or have foreign tax interests, our tax lawyers at Robert J. Fedor, Esq., LLC can help. Call us today at 800-579-0997 or contact us online.