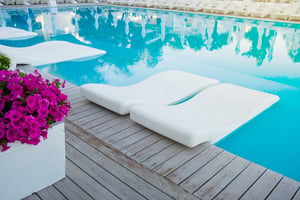 A resort and spa operator is going to need some of his own R & R after pleading guilty to filing false tax returns and failing to pay nearly $2 million in taxes in Arizona.

According to court documents, William Whittington, 68, filed a false 2010 individual income tax return, on which he underreported his income by more than $390,000.  From 2010 to 2012, Whittington directed that the Springs Resort & Spa, in Pagosa Springs, Colorado, a business run by him and members of his family, pay many of his personal expenses, which for these years resulted him underreporting his income by more than $900,000 and not paying more than $360,000 in taxes.

Sentencing is scheduled for October 9, 2018.  In addition to a prison sentence, Whittington faces a period of supervised release, restitution and monetary penalties.

If you have engaged in any of the conduct described above, you may face significant consequences, such as an IRS tax audit, years of imprisonment, hefty fines and restitution payments.

For criminal tax defense, contact the experienced attorneys at Robert J. Fedor Esq., LLC. An experienced IRS tax lawyer from our firm can assist you with charges involving fraudulent tax returns, false statements or other criminal tax matters. We can assess your situation and determine the options available to you while crafting a customized legal strategy to protect your rights and freedom.