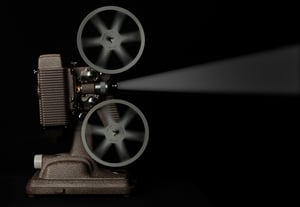 Everybody loves a good story. Here’s one: A movie producer accused of laundering $248 billion recently saw charges against him dropped—after he agreed to return $107 of his largess.

Riza Aziz earned notoriety as a co-producer on a Martin Scorsese film, The Wolf of Wall Street. The film, an homage to the excesses and corruption of Wall Street, was partially funded by a company steered by Mr. Aziz, Red Granite Pictures, Inc.

The tax controversy arose abroad. Mr. Aziz is the stepson of the former prime minister of Malaysia, Najib Razak. Family intrigue is often a component in a good story and in this story, the family business is a standout.

In 2018, Mr. Razak was voted out of office after the better part of a decade. According to reports, graft, corruption, and state theft were legendary during his tenure. Of Mr. Najib, The New York Times notes he “had unfettered control of his nation’s courts and coffers. His party had thrived by unfailingly delivering huge cash handouts at election time. The media was at his disposal; journalists he didn’t like, he shut down. Political foes were shoved into prison.”

After his ouster, and the election of a former mentor of Mr. Najib, allegations of tax crime and theft, among others, surrounded Mr. Najib, his wife, and family members who had remained in his camp, including Mr. Aziz, the stepson. No good story is without family daggers and in this case, the brother and stepdaughter of Mr. Najib used social media to swear out accusations of corruption and excess against him.

Amid other allegations, the pilfering of a state investment fund, known as 1Malaysia Development Berhad (1MDB) took center stage. Administered by Mr. Najib, the fund was an investment project to drive Malaysian prosperity through strategic foreign investment. Now, in any really good corruption story, the Internal Revenue Service (IRS) or the Department of Justice usually stirs the pot, and in this storyline, the DOJ got things cooking.

In 2016, the DOJ revealed that a criminal tax investigation found billions of dollars from the 1MDB fund had been laundered through American and foreign bank accounts. Of that, over $700 million had been floated out by a Malaysian official identified as Mr. Najib. A family friend of Mr. Aziz, Jho Low, assisted and faces numerous charges.

Of the monies missing from the 1MDB account, Mr. Aziz was accused by the Malaysian Anticorruption Commission of misappropriating $248 million money for his production company. This story ends well for Mr. Aziz though—he only had to return $107 million to have the five charges against him dropped. Why the sudden leniency? The media suggests Mr. Najib may be headed for sunnier days ahead, and it’s always good to end up on the winning team.

Everybody loves a good story—especially defendants who narrowly avoid decades in prison and millions in fines. If you face allegations of tax fraud or other criminal tax charge, speak with an experienced tax attorney before you become the star of the show.

Serving international and local clients from offices in Cleveland and Chicago, Illinois, the legal team at Robert J. Fedor, Esq., LLC delivers experienced, representation if you are the subject of a civil or criminal tax audit, or other allegations. Call us at 800-579-0997 today or contact us.