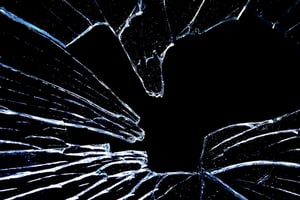 Not paying employee taxes can result in walking on broken glass. Last month, the owner of a glass company in Greenville, Ohio, plead guilty to not paying employment taxes, as well as admitted to filing false tax returns and failing to file returns.

Gail Cooper, 64, of Greenville, was the sole owner of Greenville Architectural Glass LLC (GAG) during the years 2007 through 2015. GAG primarily installed glass in commercial and residential buildings for clients in Ohio. GAG paid wages to its employees during the years 2013 through 2015. As the person responsible for GAG’s finances, Cooper was required to withhold federal income taxes and Social Security and Medicare taxes from employees’ wages and pay those amounts to the Internal Revenue Service (IRS). Cooper was also required to file quarterly employment tax returns with the IRS. Although Cooper caused GAG to withhold taxes from employees’ wages, she neither paid those amounts over to the IRS, nor filed the required quarterly returns for the first quarter of 2013 through the second quarter of 2015. Cooper also failed to pay over to the IRS unemployment taxes.

As part of her plea agreement, Cooper also admitted that she filed false individual income tax returns for the years 2008 to 2010, on which she understated GAG’s gross receipts and overstated its expenses.

Cooper also admitted in plea documents that she willfully failed to file income tax returns for the years 2011 through 2014, which would have reported her income from GAG and other sources. Cooper paid a professional tax return preparer to complete returns for those years, but Cooper never filed them.

U.S. District Judge Thomas M. Rose set sentencing for Aug. 2. Cooper faces up to five years in prison and a $250,000 fine. Cooper admitted that her conduct caused a loss to the government of more than $500,000, and agreed to pay restitution to the IRS.