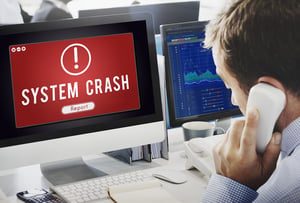 The former CEO and VP of Finance for a Virginia-based software company conspired in an attempt to defraud the government of nearly $2 Million in employment tax withholdings. While they under reported income, they also shortchanged employee retirement funding by $225,000.

According to documents and information provided to the court, Robert Lewis was the Chief Executive Officer and Kristie Lynn McDonald was the Vice President of Finance and Administration of a software company in Sterling, Virginia.  From January 2011 to February 2013, Lewis and McDonald conspired to defraud the United States by failing to pay over to the IRS more than $1.8 million in payroll taxes withheld from employee paychecks.

Lewis and McDonald admitted that they used the misappropriated money to pay the operating expenses of the company, which included their own six figure salaries and salary raises for other employees.

U.S. District Judge T.S. Ellis III scheduled sentencing for Lewis on June 29 and for McDonald on June 22.  Lewis and McDonald each face a statutory maximum sentence of five years in prison, as well as a period of supervised release and monetary penalties.  They further agreed to restitution in the amount of $1,812,706.