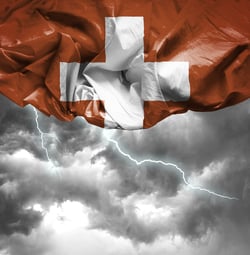 The Internal Revenue Service (IRS) and United States Department of Justice (DOJ) are continuing their crack down on tax compliance for those who are avoiding their obligations through the use of foreign bank accounts. The most recent efforts involve an investigation of a Suisse banker who was accused of partaking in an almost ten year operation to conceal assets of United States citizens through the use of foreign accounts.

What were the results of the investigation?

The DOJ released a statement on the investigation, noting the Suisse Banker who was under suspicion of violating tax law worked with U.S. taxpayers to evade income taxes by hiding “assets and income in secret Swiss bank accounts.” Undeclared financial accounts were hidden from the IRS and United States Department of Treasury with two main steps. First, all mail associated with the assets was kept in Switzerland. The second step involved specific instructions involving withdrawals from the accounts. The withdrawals were to remain under $10,000 to help avoid suspicion. When a withdrawal was made, it was to be made in places like the Bahamas.

How big was this operation?

The operation involved approximately 1,500 clients. The vast majority of these clients were residents of New York, Chicago and Florida. The Suisse banker estimates that her actions alone are responsible for up to $9.5 million in tax losses for the United States.

The banker pleaded guilty to the conspiracy charges and faces serious criminal penalties including five years of prison time, a supervised release and restitution payments as well as monetary fines.

Although the banker’s individual penalties are not yet clear, the banking institution itself, Credit Suisse, faces over $2 billion in monetary fines and restitution costs.

What does this mean for U.S. citizens with foreign interests?

Any U.S. citizen with foreign accounts should take this case as another example of the federal agencies focus on punishing those who fail to come into compliance with tax laws. As such, anyone with these interests is wise to seek legal counsel to ensure that they are in compliance.