Tax debt woes of the rich and famous... 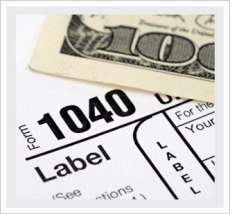 When it comes to some celebrities, the phrase more money, more problems seems to definitely apply. The IRS doesn't care who you are or how famous you are. If the federal government believes you owe it money, it will take action to recoup the amount in dispute, impose penalties and, if necessary, take legal action.

Actress Vanessa Williams is one of the most recent celebrities to be targeted by the IRS. Earlier this month, the IRS filed a tax lien against Williams who reportedly owes nearly $370,000 in back taxes. The 51-year-old actress first garnered national attention in 1983 when she became the first African American Miss America, a title she was subsequently forced to relinquish. Since that time, she's made millions acting in several successful movies and television shows.

In recent years, several other celebrities have also made headlines for failing to pay or evading taxes. From five-time Grammy winner singer Dion Warwick's $10.2 million IRS tax debt to former Commodore's front man Lionel Richie's $1.1 million unpaid tax bill, singers and performers often point to mismanagement on the part of financial advisors and accountants who they blame for not keeping them updated about financial problems and for failing to file and pay taxes.

Several actors and actresses have also experienced tax troubles. Last year, actor Stephen Baldwin was arrested on criminal tax evasion charges when he failed to file and pay taxes for three years and reportedly owed the IRS more than $350,000. Embattled actress Lindsey Lohan has also had her share of tax-related troubles which resulted in the IRS imposing tax liens and seizing the actress' personal assets. In a twist that could have come straight from a Hollywood script, troubled actor Charlie Sheen reportedly gave Lohan $100,000 to help pay her tax debts.

Tax troubles don't discriminate and can affect individuals of all ages and in all tax brackets. Whether tax problems stem from one's failure to file, inability to pay or intentional actions to evade paying taxes; it's wise not to ignore IRS notices or inquiries. In cases where an individual fears they may face or is facing IRS criminal charges, it's wise to retain a criminal defense attorney.