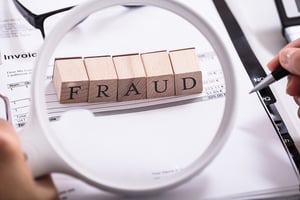 It was an interesting scheme but will ultimately cost a New Jersey man six years of his life behind bars.

Tax crime is by no means uncommon. In this space, we frequently look at schemes employed or mistakes made in order to strategically discuss the way out. In all cases, the way out is “the sooner the better.”

In the matter of Atlantic City resident Kenneth Crawford Jr., his tactics were unusual in that after discovery by the IRS, Mr. Crawford stayed in the game, filing fraudulent tax documents and fake income tax returns to cover his tracks.

Here is how it went:

As we already know, this did not turn out well for Mr. Crawford. He was convicted in December 2019 and detained due to the conviction and for violating terms of his pretrial release. Fast forward to November 2020 and Mr. Crawford was sentenced to 78 months in prison on criminal tax charges involving fraud, obstruction of IRS law, and filing false claims. Mr. Crawford also pulled probation of another three years and about $1,400,000 in restitution.

Here is where “the sooner the better” comes in. If you are involved in a criminal tax matter, skilled representation by an experienced criminal defense tax attorney helps—preferably sooner.

Located in Cleveland and Chicago, the tax lawyers at Robert J. Fedor, Esq., LLC help you answer questions about your business tax return, or concerns you might have about offshore tax investments or reporting. When you need experienced tax advice, call 800-579-0997 or contact us.