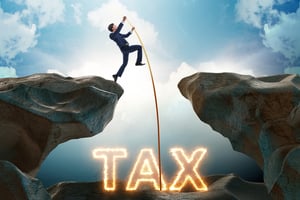 A tax gap is the difference between taxes that are owed and taxes that are actually paid.  For six Silicon Valley multinational companies, that gap is more than $100 billion according to a global tax watchdog.

Fair Tax Mark Ltd. is a UK non-profit tax transparency organization.  The group offers accreditation through the Fair Tax Mark, an insignia awarded to companies that “pay the right amount of corporate tax at the right time in the right place.”

As a voice for tax transparency, Fair Tax Mark recently released a study that calls out the tax behavior of six large tech companies over the span of 2010 to 2019.  By ranking the six, Amazon, Netflix, Facebook, Google, Microsoft and Apple, the analysis compares outcomes of the tax avoidance strategies of each company.  In order from worst to less bad:

The study notes the prevalence of foreign bank accounts and use of offshore havens to shelter monies in jurisdictions with preferable regulatory environments. Notes Fair Tax Mark, “profits continue to be shifted to tax havens, especially Bermuda, Ireland, Luxembourg and the Netherlands.”

The stunning tax gap offers a clear view of the success of tax avoidance strategies employed by enterprise.  Less clear is how successful these strategies will be in the future as these tech giants become the subject of tax scrutiny at home and abroad.

Talk to experienced tax attorneys in Chicago and Cleveland