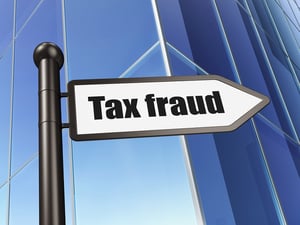 Large multinational tech companies are the focus of new tax rules being negotiated by the Organization for Economic Cooperation and Development (OECD).

Organized in 1961, the aim of the OECD is to develop economic and trade policy that stimulates growth and prosperity in its member countries.  Headquartered in Paris, the OECD represents a platform for countries to discuss issues, investigate problems, and importantly, craft solutions that suit a large constituency.

The OECD has taken up the challenge of addressing the tax gap created when wealthy, large tech companies earn revenue from countries throughout the world, but pay taxes only in tax havens known for their preferential  (and deferential) tax policies.

Recently, we have discussed tactics like allegations of tax fraud, exercised by the French to obtain some relief from companies like Google, whose digital products have so far skirted the ability of user countries to tax them.  Google recently paid a cool one billion dollars to settle French claims of failure to file tax returns because Google claimed it did not have a physical presence in the country other than its infrastructure.

The bigger picture looks like this: Big multinational company--like Amazon, Facebook, or Google--sells its digital wares throughout Europe but pays only taxes where its physical offices reside.  In the case of Apple, that would be Ireland.  When the OECD tax proposal is settled, it is likely offshore tax havens like Ireland will lose some of their luster.

In early October, the OECD released a working document that proposes methods by which large multinational companies can be taxed, even if they do not maintain a physical place of business in a country where revenue is earned.  The framework is currently in draft, but could be ratified as early as next year.  Some key points of the proposal include:

Although tech giants have been working around European tax laws for years, they recognize involvement in the negotiations is critical to preservation of their European largesse.

An Amazon spokesperson noted, “Amazon welcomes the publication of these proposals by the OECD, which are an important step forward.  Reaching broad international agreement on changes to fundamental international tax principles is critical to limit the risk of double taxation and distortive unilateral measures and to provide an environment that fosters growth in global trade…”

By leveling tax throughout the EU, countries will see returns from the sales made to their citizens by these companies.  It will be interesting to see how that shakes out for tax havens currently benefiting from the outdated system.

In Cleveland, Chicago, and internationally, the tax lawyers at Robert J. Fedor, Esq., LLC provide experienced criminal tax defense to those facing an IRS audit or other tax controversy.  Contact us or call 800-579-0997.